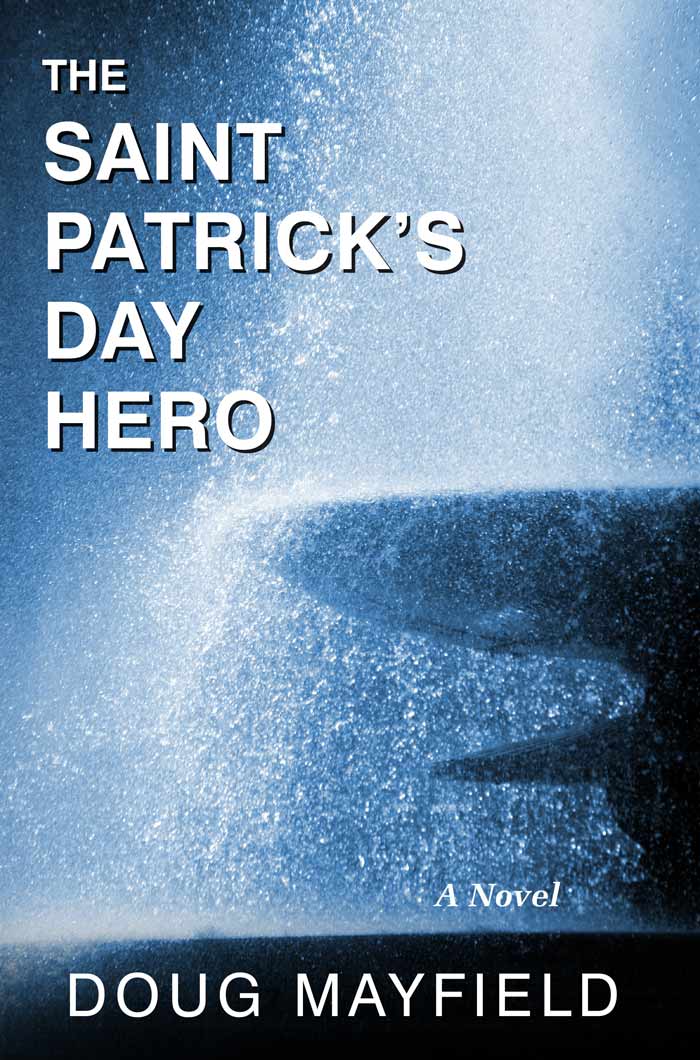 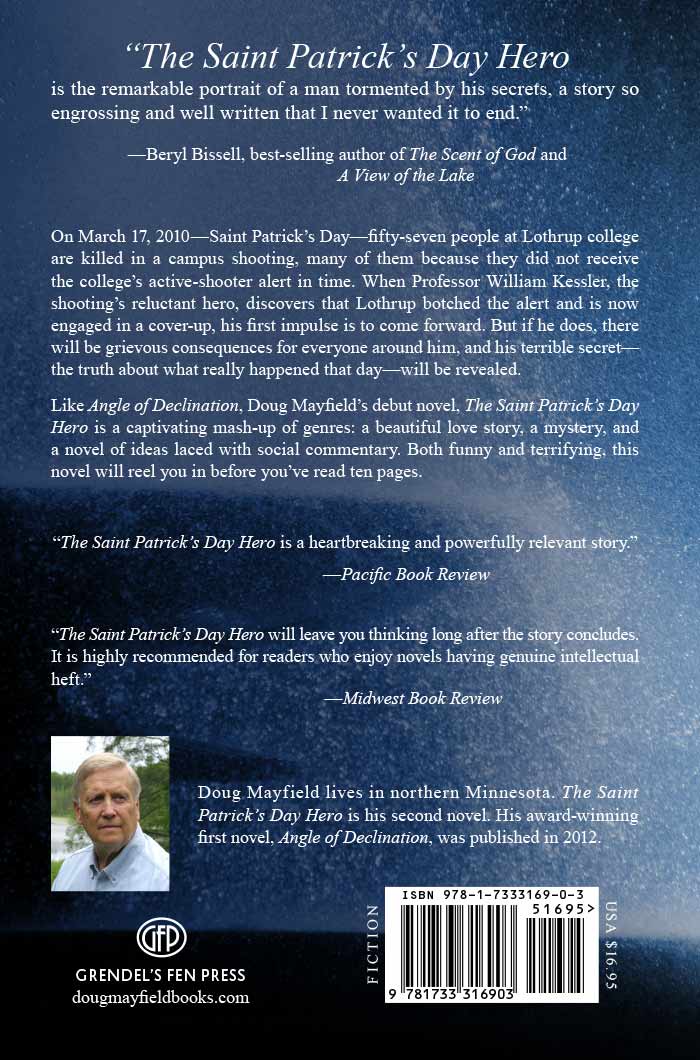 When Sally and I began work on The Saint Patrick’s Day Hero, our goal was to make it as different from Angle of Declination as we possibly could. I believed Angle to be a solid novel, and it had been very well-received, but even so, I was determined that we not write the same book twice. “Everything about the second novel should be different,” I told Sally. “Everything.”

Taken as a whole, Angle of Declination is almost European in its art and atmosphere. With its character-driven story, unhurried pacing and episodic structure, Angle often resembles French realism or a Scandinavian family saga more than it does American literature. By contrast, The Saint Patrick’s Day Hero, with its vastly reduced scope and tight focus, is a novel planted foursquare within the modern American tradition. Whether this is good or bad is an open question, but either way, we definitely created in Hero the novel I was hoping for.

Nowhere does The Saint Patrick’s Day Hero depart more from Angle of Declination than in its lack of autobiographical connection to Sally or me—Hero is pure invention. Critics often say that an author’s first novel is autobiography, and his second novel is fiction. In our case, this is true.

It was our agent who discouraged us from putting both of our names on the book. “Co-authorship just isn’t done with literary fiction,” she said. “Maybe if you wrote mysteries or crime novels …” So we deferred to her judgment, and only my name appears on the cover. This is misleading, however, because Sally’s role in the creation of Hero was considerably larger than it had been in Angle, where she is the acknowledged coauthor. But Sally had no problem with it, so in a nod to literary convention, we allowed Hero’s cover to brand me as a solo act.

The Saint Patrick’s Day Hero turned out to be extraordinarily difficult to write. Not only was it hard to shoehorn the action into a forty-one day framework, but Hero’s story is inexorably wed to the calendar, and it contains a number of episodes that must occur on specific days. For example, it is imperative that the novel end on a Wednesday, and creating an unforced timeline that would facilitate this was a herculean task.

The Saint Patrick’s Day Hero was only recently released. After it’s been out there for a while, it will be easier to talk about, and I won’t have to worry about saying more than I should and ruining the book for someone who hasn’t read it. Until then, I hope you enjoy Hero, and if you do, please give it a positive review on Amazon, Goodreads, Barnes & Noble—wherever you post your reviews.