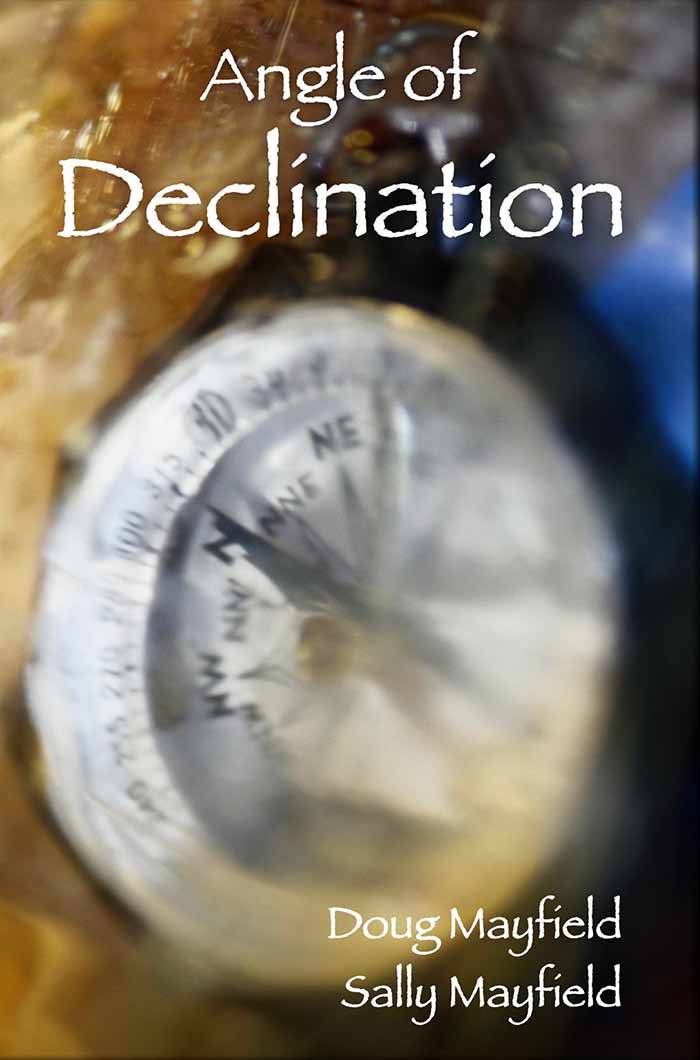 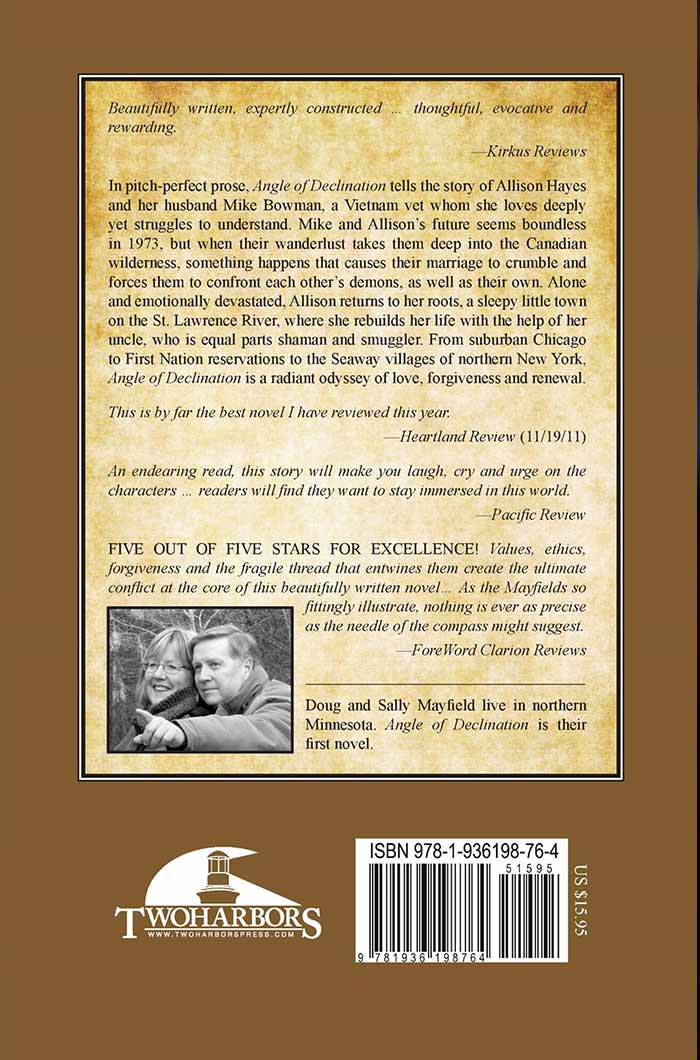 Sally and I never wrote a foreword for Angle of Declination, mostly because we didn’t think it was necessary. Forewords, especially author forewords, had been out of style for some time when Angle was published, and we thought it best to stay out of the way and let our novel speak for itself—you know, in the stodgy tradition of literary formalism.

But our readers had other ideas, and at book clubs and author talks, we were invariably asked process questions, questions about authorial intent, questions about ourselves—in other words, questions that had little to do with Angle itself. And yet these questions were fair, and it clearly enhanced our readers’ enjoyment of our book to learn the answers. So we decided that we should open up a bit and not be so tight-lipped when it came to discussing Angle within the context of our lives. In that spirit, we offer this belated foreword as a way of sharing some of the novel’s autobiographical backstory.

I have always been a voracious reader of novels, so it was inevitable that at some point in life, I would want to write one. But writing is a lonely avocation—I had published enough music and song lyrics in my misspent youth to figure that out. So I thought it would be more fun to work with a partner (and for something on the scale of a novel, I would need one). But who would be willing to lend a hand on a job like that? Not surprisingly, I did what any husband in my situation would do: “Honey, could you please help me with something?” Fortunately, my wife, Sally, who graduated from college as an English major, agreed, and the project got underway within days.

I don’t remember consciously creating a division of labor, but it would turn out that I did the writing, and she did the research, as well as a lot of the structuring, pacing and sequencing of the action. And of course it was Sally who made it possible to tell the story in the first-person feminine point of view—a narrative mode that male authors judiciously avoid (and something I would never have attempted on my own).

Was it difficult to collaborate on a novel? Not really. Most novels are the result of collaborations. The collaborator might be a spouse (Dan and Blythe Brown); or an editor (Ernest Hemingway and Max Perkins); or a publisher (J. D. Salinger and the New Yorker). But few writers work alone. And yet the publishing industry, who knows this as well as anyone, insists that a novel have but one author. This has always struck me as odd, since a song—an art form that is approximately three minutes long and seldom exceeds a hundred bars—has an average of four “authors,” all of whose names appear wherever the song’s title is officially acknowledged: on soundtracks and in movie credits; on iTunes and even on jukeboxes.

Is Angle of Declination true? Well, a lot of it is, and in many ways, the novel is about Sally and me. Critics tell us that all fiction is autobiography, and although it is difficult to quantify such things, I would say Angle is probably 75 percent autobiographical. In fact, there are lengthy portions of the novel that unfold pretty much as they happened in life, such as the Ontario sequence. The people involved in these episodes simply morphed into characters, and because they are all dead now, we didn’t even bother to change their names.

Angle of Declination has three settings: Chicago, where I’m from (and where Sally and I met); Upstate New York, where Sally is from; and Northwestern Ontario, where I once ran a remote fly-in hunting and fishing camp. We are intimately familiar with these settings, and our readers tell us the three localities are so convincingly drawn that they actually function as characters in the novel. Ideally, that’s the way it should be, and although setting, per se, may not be the most important element of fiction, it can do wonderful things for a novel. Not only can it look like character, but in the hands of a writer like Twain, Melville, O’Connor or Hemingway, it can even pass as plot.

So there you have it, folks—a few desultory thoughts about Sally and me and the nexus of our lives to Angle of Declination. We hope this makes our novel a bit more enjoyable.